Create an Account - Increase your productivity, customize your experience, and engage in information you care about.

The Town has partnered with Dacono on an update to the existing Stormwater Master Plan through a Department of Local Affairs (DOLA) Grant. Given the impacts of crossings of SH 52 it has been beneficial to work in conjunction with Dacono on the plan update.

Since the project was awarded to Anderson Consulting Engineers in 2020, they have analyzed the baseline hydrology, future condition hydrology, and completed problem identification. They are currently working towards identifying and evaluating conceptual improvements. The consultant has worked with staff to select a preferred plan, prepare cost estimates, and prioritize the improvements identified by the plan. 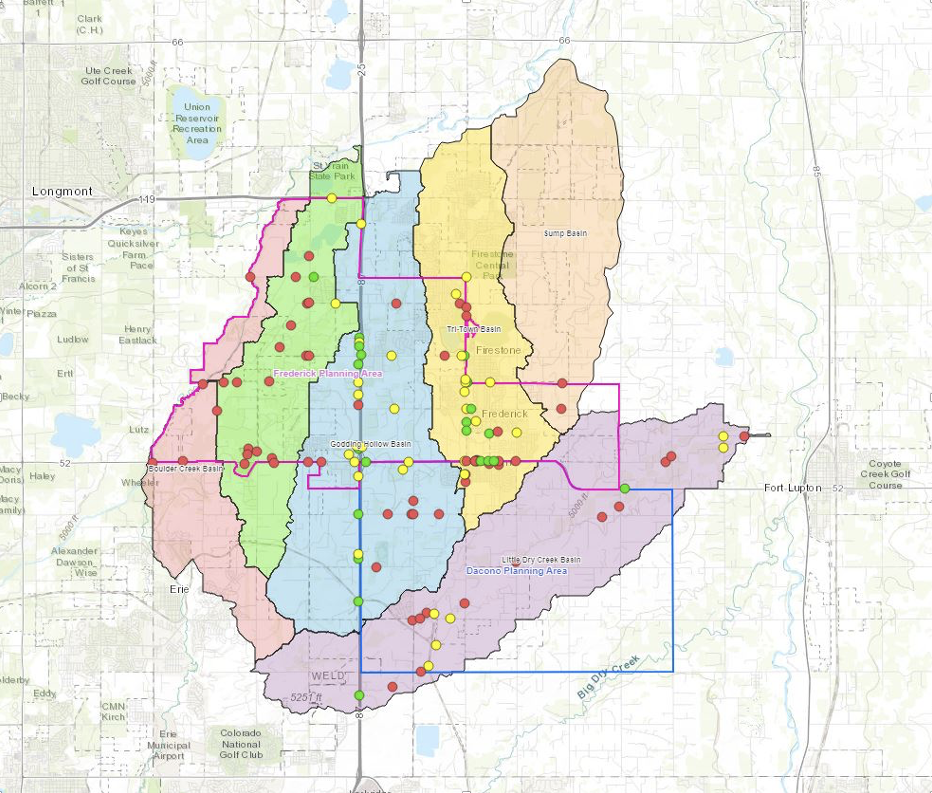