Create an Account - Increase your productivity, customize your experience, and engage in information you care about.

On Wednesday, March 17, the Frederick Police Department announced their 2020 Employee of the Year as Patricia Cochran, Police Secretary. Pat has worked for the Town as the part-time Police Secretary since August of 2015. Her duties include customer service and processing case reports, but really, she is the go-to person for all requests. The Frederick Police Department has 28 employees who voted unanimously to honor Pat with the annual award. “Pat deserves this award for her dedication, teamwork, and unwavering service to the entire team,” said Chief Todd Norris. “She is the backbone of our Police Department and always willing to go above and beyond her assigned duties.” Pictured right, Chief Norris (left) and Police Records Supervisor, Amanda Purcell (right), present Pat (middle) with a plaque commemorating this prestigious award. 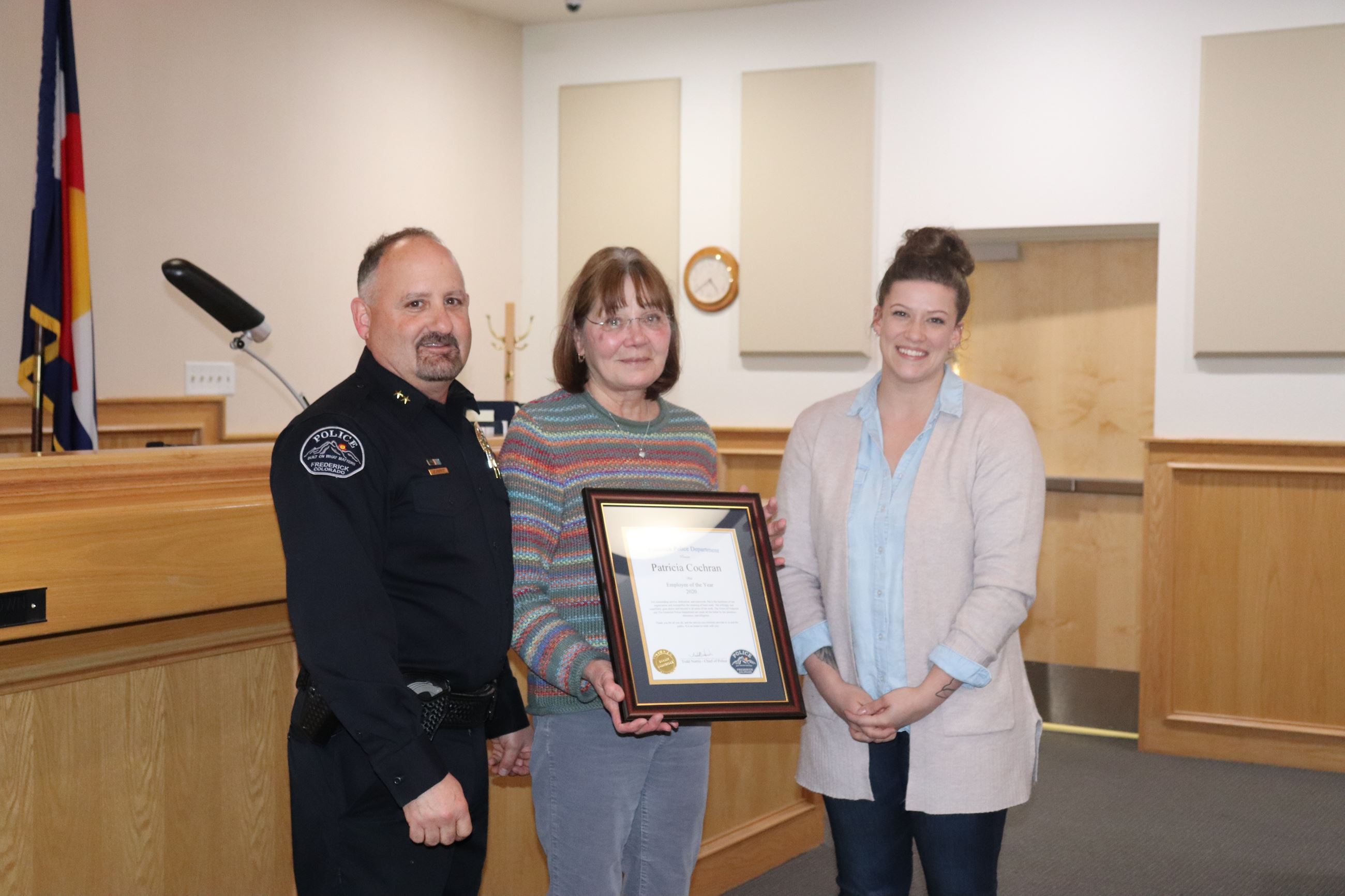 The Frederick Police Department has a new team member!  Frederick Police Officer Ian Austin recently traveled to F.M. K9 in Berrien Center, Michigan to select a 15-month-old Belgian Malinois, German Shepherd crossbreed. Originally from Poland and born on November 30, 2019, the dog will be trained as a dual purpose Patrol and Narcotics Detection dog.

In March, we asked the community to suggest a name for our new K-9. We received 614 submissions which let us know, our new pup is the bark of the Town!  It was a ruff decision, but Officer Austin has announced the K-9's name as Bosch.

In the Dutch, Bosch is an old spelling of a word meaning "forest" or "woods". We appreciate the community's enthusiasm and ingenuity for the naming challenge.